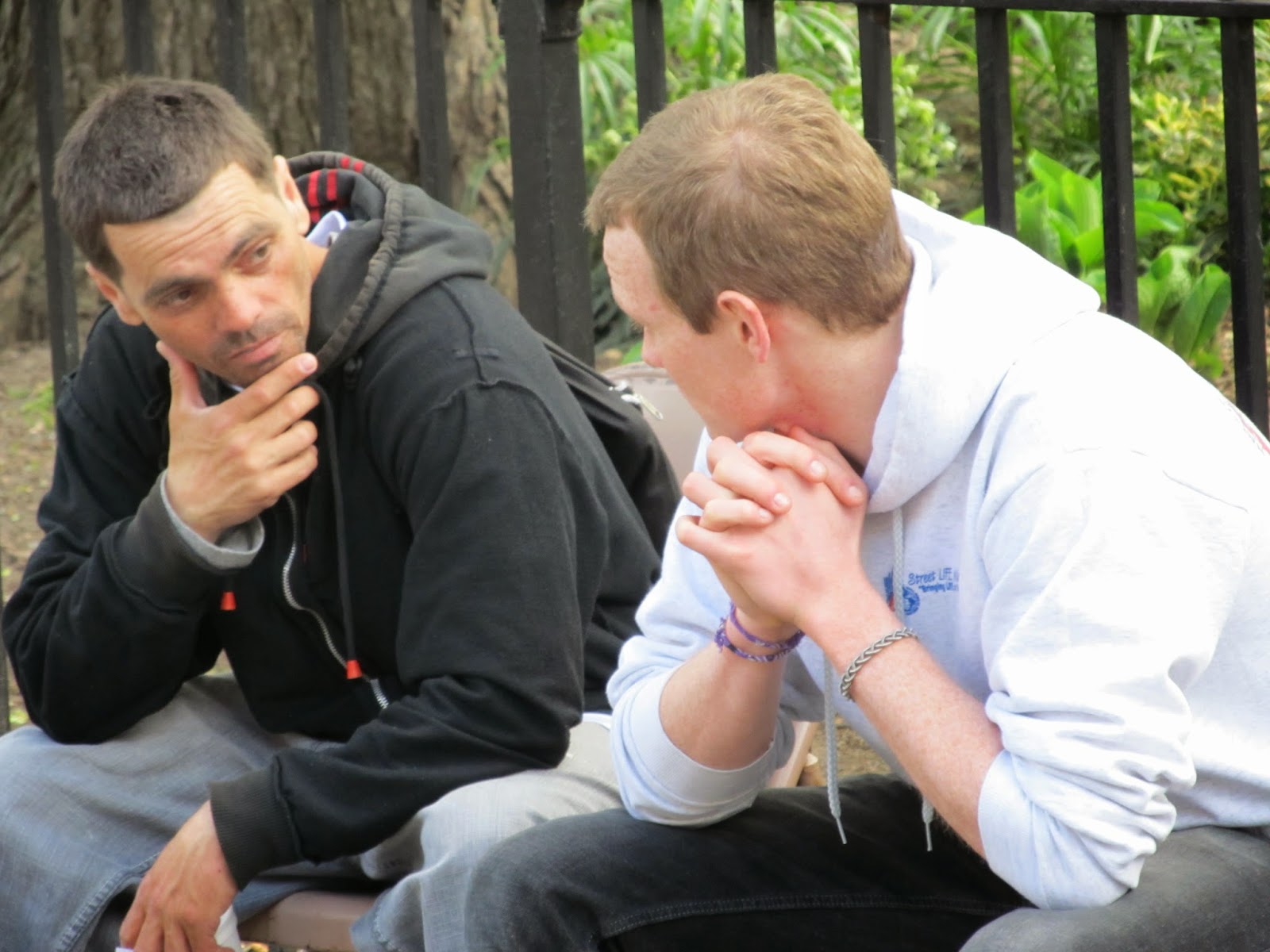 A man named Jose, who was visiting from Boston for a few days, stopped by Tompkins for the first time last week. When Ryan asked him about whether or not he attended a church in Boston, he said that he did not because he had bad experiences with churches. So he sat with Jose for a while and carefully went over biblical examples of what to look for in a solid, healthy church body. He said that important qualities to look for include believing that the Bible is the inspired and authoritative word of God, loving prayer and devoting themselves to it corporately and privately, loving others, and being dedicated to the work of God in building up the body of believers and reaching out to the lost.


Jose was very thankful for the conversation. His ears really perked up when Ryan started talking about love because his past experience made him feel like the church only wanted him to come so they could get his tithe. Jose admitted that he had sort of given up on looking for a church to go to but said that when he got back to Boston, he was going to make more of an effort to find a church that lived out some of the things Ryan had mentioned. Pray with us for him to get plugged in with a church that can help him grow in his knowledge of the word and the objective realities of Jesus Christ.

Posted by Street Life Ministries at 8:37 AM