Visiting Rich in the Hospital 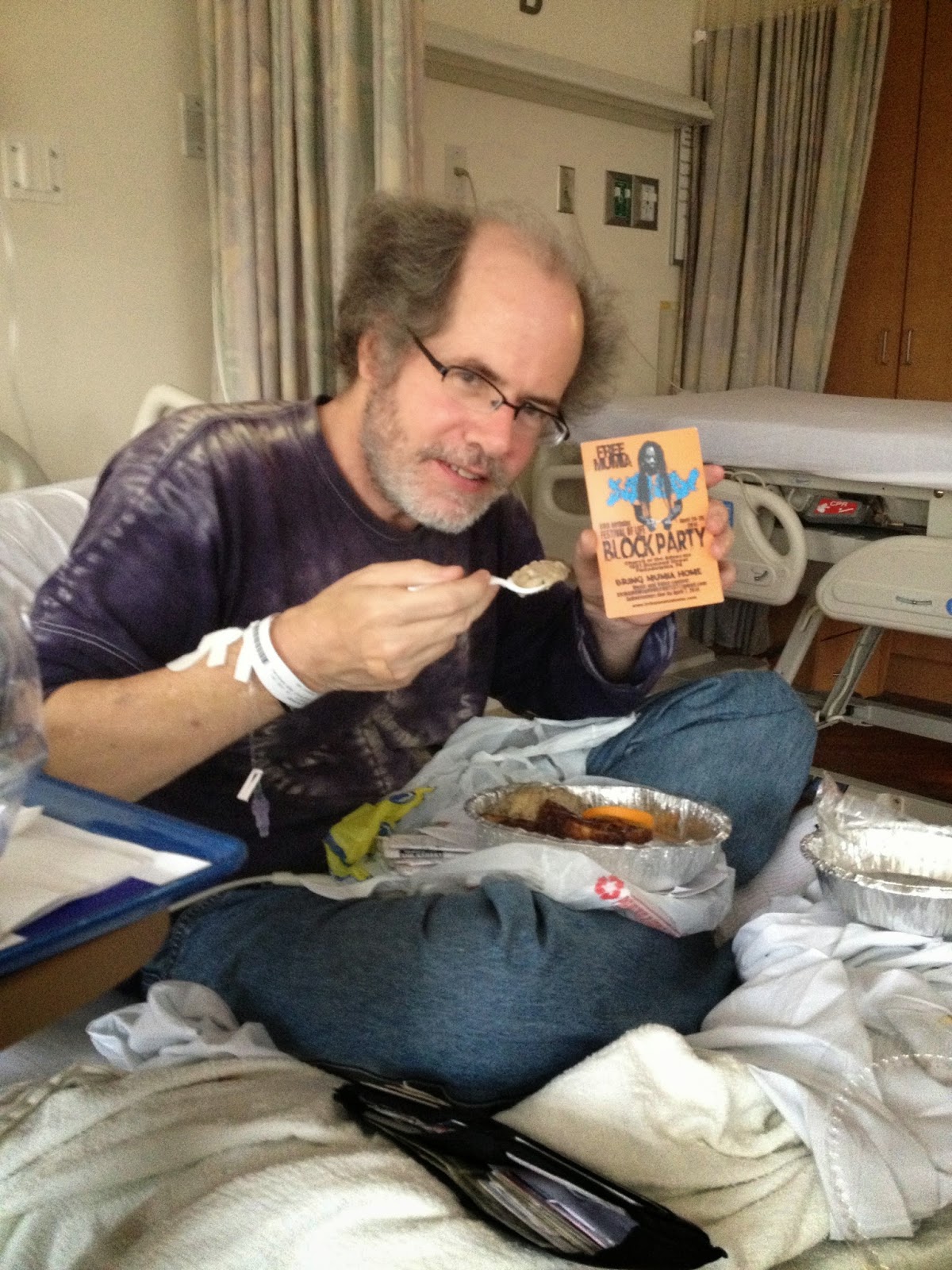 Our long-time friend, Rich Degan, had to go into the hospital earlier this month when he woke up with an excessively swollen left arm. The doctors found that the swelling and the pain were caused by a blood clot near his bicep and the next day they performed surgery and successfully remove the clot. They kept Rich in the hospital a few days after the surgery to monitor him and make sure everything was going well. On his last day in the hospital, Bobby and I went to visit him and bring him some of his favorite vegan food and while we waited for his discharge papers and prescriptions, we talked and joked around with him. He was so blessed to have us come visit him and he was thrilled about the food. He hated the hospital food. Once he was cleared to leave, we packed up all his stuff and then transported him over to his apartment and hooked him up with some extra groceries so that he wouldn’t have to worry about shopping for a while. He hasn’t had very good experiences in the past with hospitals so our visit really helped to clear his mind and put a big smile on his face.

Posted by Street Life Ministries at 11:31 AM No comments:

From One Regular to Another

One year ago, I sat and talked with Jose, who is one of our regulars at Tompkins Square Park.  I don’t remember much about our conversation but he reminds me often, “You told me that I need to be around other believers and I was in a place to actually hear it that day.”  Since that dialogue, God began doing a new thing in his life!  Even his co-workers noticed a change in him.  I was shocked when he told me he left a place of his own to live on the streets in order to remove himself from a negative environment, but also proud of him because he was taking a big step in his walk with God.  For the last few months, he has been faithfully attending a church near the park and has been truly growing as a believer. 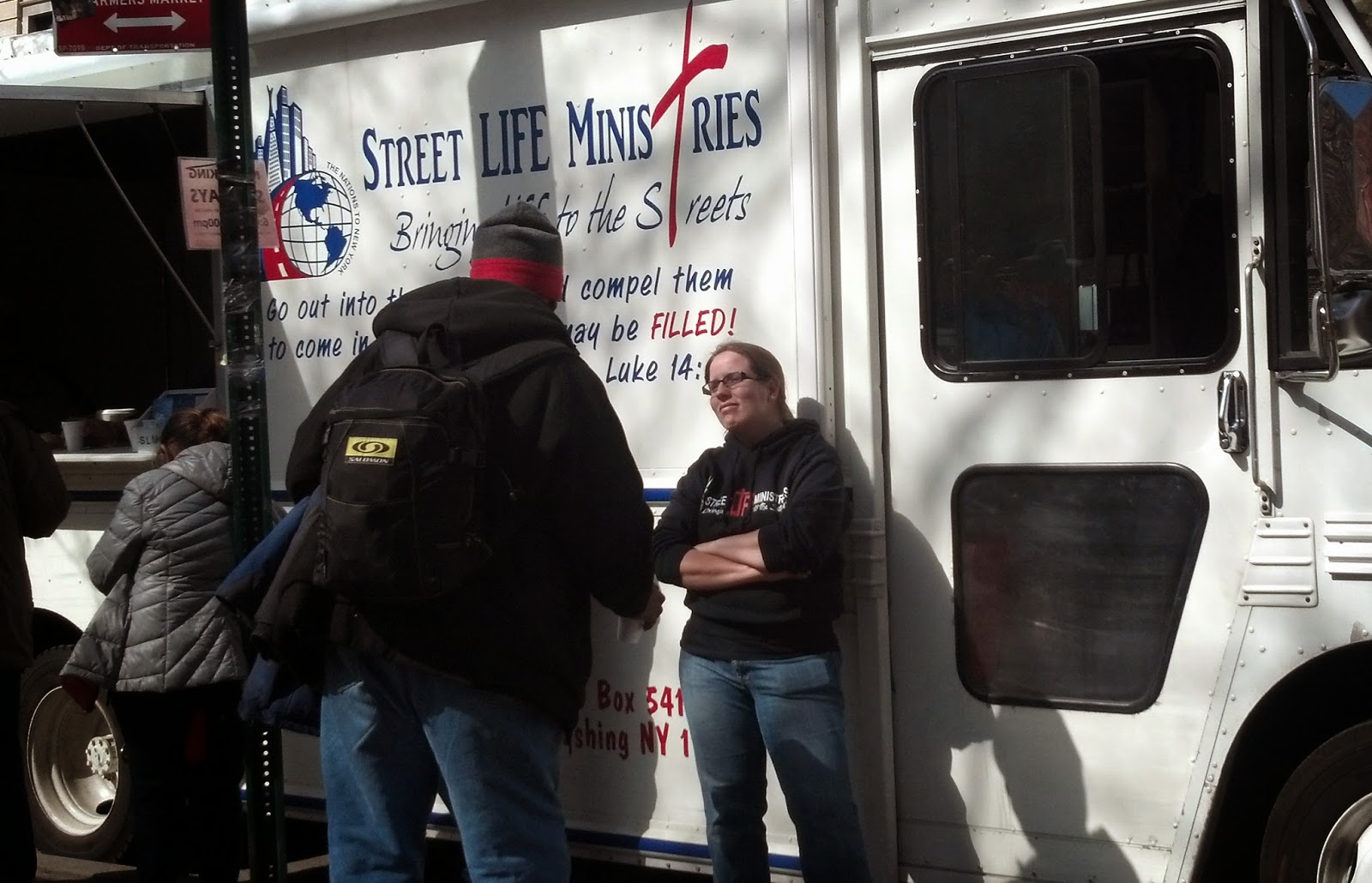 As a result of what God is doing in Jose’s life, other lives are being affected too.  He has been long time friends with Smiley, another one of our regulars at Tompkins Square Park.  Jose talks with him often about making some changes in his life, and Smiley has even attended church with Jose the last two weeks.  For the first time, I also had a deep conversation with Smiley about the Lord in which he listened carefully and asked good questions.  He mentioned how Jose has been talking with him and he is realizing that something needs to shift.  It is a powerful thing for Smiley to watch God move in the life of someone he’s known for a long time who has faced similar challenges as himself. We are believing that as God continues to work in Jose, his testimony will touch many lives of those on the streets and help draw them to Jesus!
Posted by Street Life Ministries at 11:13 AM No comments:

Beautiful One - First Outreach to the Strip Clubs 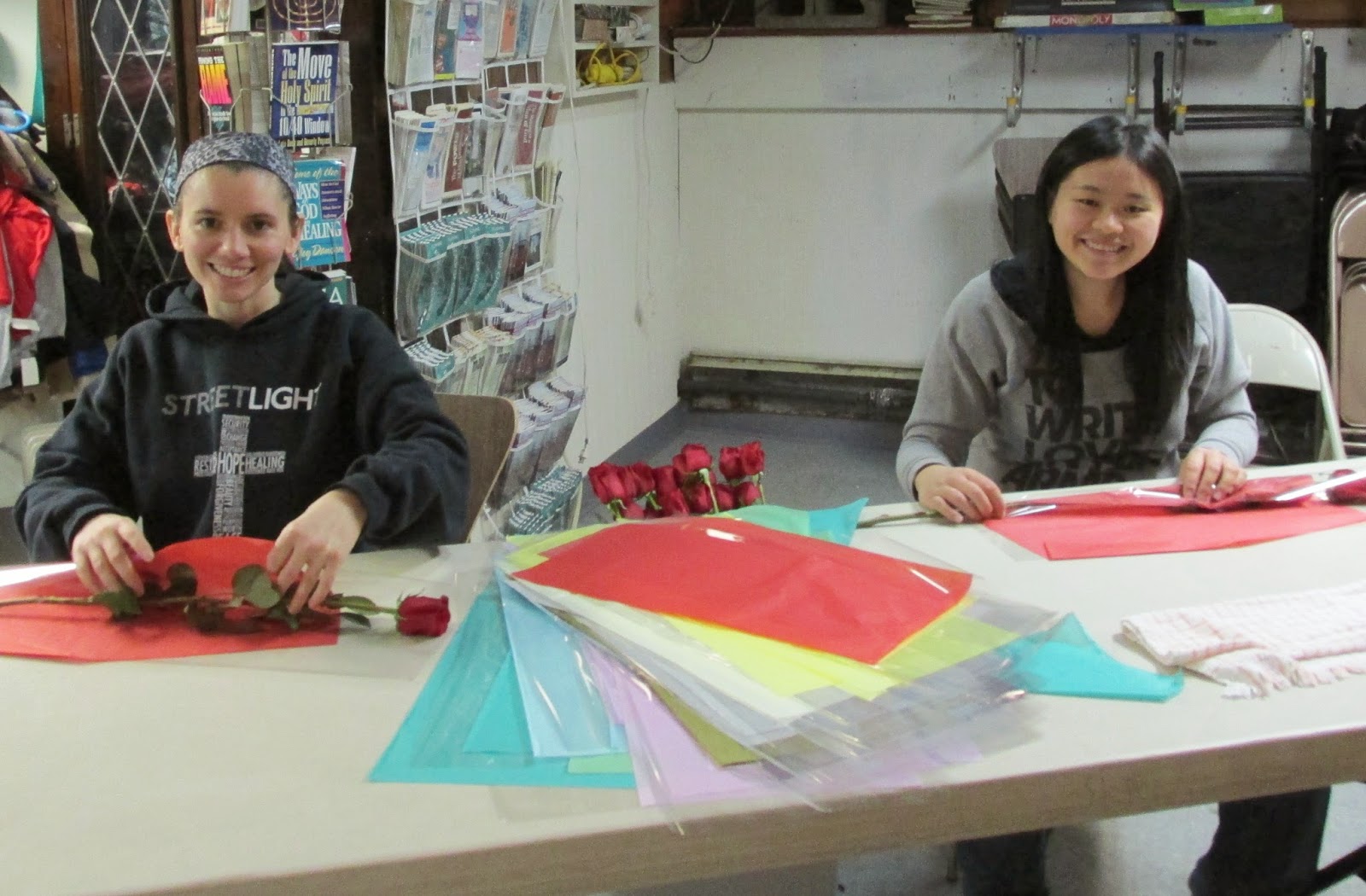 Beautiful One's first ever outreach to strip clubs last month was incredible! God answered our prayers for favor with the bouncers and managers, and we were able to go inside each club we visited. We personally wrapped and delivered 75 red roses, candy, and cards to women at 3 different clubs. The night before outreach, Mary Anna had a dream that we would meet a woman in a parking lot on her way to work and she would be so blessed by receiving her gift that it would give us even greater favor at that club. As we were leaving the first place, we saw a woman getting out of her car to go into work. When we gave her the flower and candy, the look on her face said, "This is exactly what I needed tonight," then she proceeded to hug Gintare. At another club, we gave a female bouncer her gift, and a huge smile came over her face and she emphatically told the other bouncers that she wanted to be the one to lead us to the dressing room! These are just a few examples of many ladies we saw that night who were blessed to hear that there are people praying for them and thinking of them.
Posted by Street Life Ministries at 11:12 AM No comments: