From Care to Prayer

Rutgers University Chi Alpha students crossed the bridge literally from New Jersey to New York City as a group of eleven came to work with the poor and homeless and to reach out near York College in Jamaica, Queens.  Most were fearful at first but so eager to learn, pray with people, and be the bridge for God’s love. We were so blessed to have them here for the week.

Read Elena’s story....“The best experience I had this week happened while I was passing out care packs. I was asking him about his family and I asked him to pray.  But I still felt the Lord leading me to talk to him more.  I was intimidated because he was not the type of person I would approach and talk to but I did it anyway and it was a very fruitful conversation.  I listened to his entire life story and he told me about his time in prison and how he had been addicted to multiple drugs.  He’s since been trying to turn his life around and he has a wife and three sons.

For the first time in my life, I actually listened to a homeless person’s story and my heart broke for him.  I was able to see him as Jesus sees him and my perspective has been completely changed.  After hearing his story I asked if I could pray for him and when I was finished, we were both in tears.  I will never forget that conversation and the compassion I felt to him.  I now understand that God has called us to love, not just friends and family, but everyone we come in contact.  I will take this new perspective back to my university and I know my life won’t be the same.” 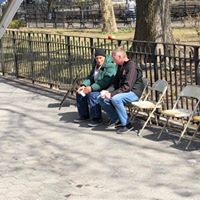 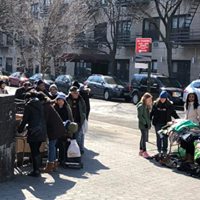 Posted by Street Life Ministries at 10:01 AM